Following the past 3 articles about the suicide "epidemic" in Biratori, I thought it would be timely to write about the philosophy of the Ainu people. This will allow for a holistic grasp of the power suicide may have had on their community, their idea of death, and the afterlife.

Do you want to learn more about philosophy? Check out Looking for Wisdom! They have a similar format to my newsletter, where you'll receive top-quality commentary on diverse philosophical insights from every corner of the globe! I've learned so much from their writing, which I wish to continue to integrate within my own pursuit to imagine reality.

Who are the Ainu?

“Ainu” is an umbrella term now used to refer to the heterogenous people who occupied the areas of modern-day Hokkaido, Southern Sakhalin, and the Kuril Islands for at least 1,300 years. In their language, "Ainu" often refers to the word "human" or "man".

Today, we know of 29 different dialects of the “Ainu” language historically used by these people, and notable variability in their artifacts and spiritual practices. However, due to the lack of knowledge of these differences and years of forced assimilation by the Japanese, scholars and even the descendants of these people refer to themselves under the umbrella term “Ainu”.

Many of these Ainu ancestors practiced similar sustenance practices. Most notable are their hunting, fishing, and gathering, as well as their tendency to create villages — called Kotan — near bodies of water. Another distinct aspect of their culture was their long-ranging trade. Scholars refer to this trade as the “Santan Trade” that ranged from the tip of Honshu (main island of Japan) all the way to inland China along the Amur River.

The culture and ecology of these people began to shift as Japan began to consolidate and centralize its power — first by Minamoto in the 13th century and later by Tokugawa Ieyasu in the 16th century. As Japan brought together and dispersed power under a central figure, trade with the Ainu became much more structured and regulated.

There was a great increase in demand for the animal products the Ainu gained from hunting or trade, and Japan in turn supplied grain products that were difficult for the Ainu to raise themselves due to the harsh climate of their land.

Gradually, as the power balance between the growing nation-state of Japan trumped the individual Ainu villages and chiefdoms, the trade began to grow much more exploitative.

This ultimately erupted in a conflict called the Shakushain’s War, where a chief named Shakushain attempted to gather other Ainu groups to push back the growing Japanese pressure. This proved to be the turning point in the diverse cultures of the Ainu people, as the Japanese triumphed and subjugated many of the Ainu groups on the island of Hokkaido. Over the coming years, both Japanese and Russian empires gradually encroached into the rest of their land. The Ainu were handed over to the Japanese of Hokkaido, and the many Sakhalin and Kuril Ainu groups were either eradicated — through forced labor, disease, or conquest — or assimilated into Japan.

Today, it is estimated that about 24,000 Ainu descendants remain on the island of Hokkaido.

Two very influential people in recording and maintaining the Ainu culture till this day are the British missionary John Batchelor (1855-1944) and the first Ainu politician of the Japanese Diet, Kayano Shigeru (1926-2006).

John Batchelor first moved to Hokkaido in 1877 and began intensive outreach for the Ainu people in 1895 — when he constructed a church near an area in southern Hokkaido called Biratori. Batchelor greatly criticized the forced assimilation of the Ainu by the Japanese government, which has many great parallels to the assimilation of the Native Americans in the United States. The Ainu were not allowed to conduct their traditional sustenance practices, religion, speak their language, and were being forced to move to fisheries and farms away from home. Batchelor provided these Ainu people with a safe haven, in turn, Batchelor recorded the many traditional beliefs, stories, and language of the Ainu in his area.

Kayano Shigeru was born in the same area where Batchelor held his church, which is still the area of Japan with the highest Ainu population. Impacted by his grandmother, Kayano passionately studied Ainu folklore, art, language, and history. In 1994, Kayano was elected into the Diet of Japan (the legislative branch) and is known for giving the first speech in the Ainu language in front of a Japanese audience. His political activism proved crucial for the recognition of the Ainu people as indigenous to their island, as well as building important Ainu sites of memory.

As it may be hinted at from the proximity of these two influential figures of Ainu culture, most of what we know about the people we call “Ainu” come from a very small area in the southern area of Hokkaido.

The foundational view of life for the Ainu is the interdependence and appreciation of nature around them. Simply put, the Ainu believed in an animistic world, where a spirit — called Kamuy — surrounded the world in which they lived.

Co-existing with the World

“Everything in this world has a role to play”

This proverb is used to describe the deep, underlying worldview the Ainu held. Everything from vegetation, animals, natural phenomena, pathogens, and even man-made tools had a unique role given to them by a superior Kamuy, or was a Kamuy itself that descended from heaven.

Due to the belief that everything not only had a role to play, but was brought to the human world (called Ainu-mosir) from the heavens (called Kamuy-mosir), acts of appreciation can be seen in every detail of their lives.

When scavenging for fruits or mushrooms, they expressed their appreciation to the Kamuy. Only the chosen hunters were allowed to hunt, and extensive ceremonies were practiced to “send back” the trapped Kamuy and express their thankfulness for the sacrifice.

A personal favorite of mine is that bad weather — such as lightning and thunder — was used as a reminder to the Ainu to express their appreciation to the world that allows them to thrive in Ainu-mosir.

The complexity of their universe

The universe the Ainu imagined was a complex and multilayered one — all playing critical roles in the lives of the Ainu.

To introduce this, I have simplified a graph made by Yamada (2019).

Let’s begin with the top left.

All “living” spirits exist in Kamuy Mosir, which is believed to be up in the sky — similar to the western notion of Heaven. Alongside these spirits, dead human beings can live in Kamuy Mosir as well.

They believed that there is a separate place for human spirits — called Kamuy Kotan — in which they live just as they did on earth.

What’s distinct is that only the Kamuy can move freely from the Kamuy Mosir to Ainu Mosir — to either take shape as animals or fauna to give to the people, or become “Wen Kamuy”.

Wen Kamuy are bad spirits that have accidentally killed a human or have become pathogens such as smallpox.

In many Ainu legends and folklore, these Wen Kamuy are trampled down into the world of Pokna Mosir.

The Pokna Mosir is a unique world — distinct from the western idea of Hell that we associate with the underworld.

Pokna Mosir is just a separate world that is far apart enough from Ainu Mosir and Kamuy Mosir, in which they can no longer return. Essentially, it’s a form of exile. So all “evil” Kamuy get sent to the Pokna Mosir.

The notion of Pokna Mosir for humans, however, is different.

Similar to the space humans attain in Kamuy Mosir, the Pokna Mosir humans go to are considered to be an extension of Kamuy Mosir.

The Pokna Mosir is reserved for those who died unfortunate deaths. From war, disease, suicide, and others.

What’s crucial to note are the variances of these stories and universes. I would love to provide an unambiguous story about the Ainu world, but as noted above, many of the stories have been forgotten, mixed, and distorted over the 13 centuries these diverse people have lived.

So there are stories in which hell does exist (although this is thought to have been birthed from the influence of missionaries such as Batchelor) or where all humans — regardless of method of death — go to Kamuy-Mosir and become a spirit themselves.

However, throughout these variances, there is remarkable consistency in their view of the world that “all beings have a purpose” and their stance of appreciation towards the Kamuy that provide the necessities to survive in their difficult environment.

Lessons for us today

The incredible flexibility for the Ainu people to have adapted to the harsh climate of their land, the extensive trade, and survive the conquest by powerful empires, provide great insight towards our own modern world.

Across the globe our climate is becoming growingly unstable, the complexity of our world systems is mind-boggling, and powerful empires and organizations attempt to make their way into every corner of our lives.

The appreciative and flexible perspective the Ainu had and continue to hold to this day, provides great insights to how we can navigate our lives.

There are not many texts about the Ainu in English, but these texts are great places to being.

Ainu and their Folklore, by John Batchelor

Our Land was a Forest, by Kayano Shigeru (translation by Kyoko and Lili Selden)

The Conquest of Ainu Lands, by Brett Walker

The False Dichotomy of being Indian

As a spell of light snow drifted across the skies of Michigan, a letter from the United States Department of
Oct 21, 2021
7 min read
Oct
14

Gate to Prosperity: Fighting for the Global North

Indigenism, Feminism, and Collective Agency: The Modern Situation of the Ainu

"I saw pictures of these huge casinos! All the drinks and tobacco they sold were tax-free, and I heard they
Oct 7, 2021
8 min read
Sep
23 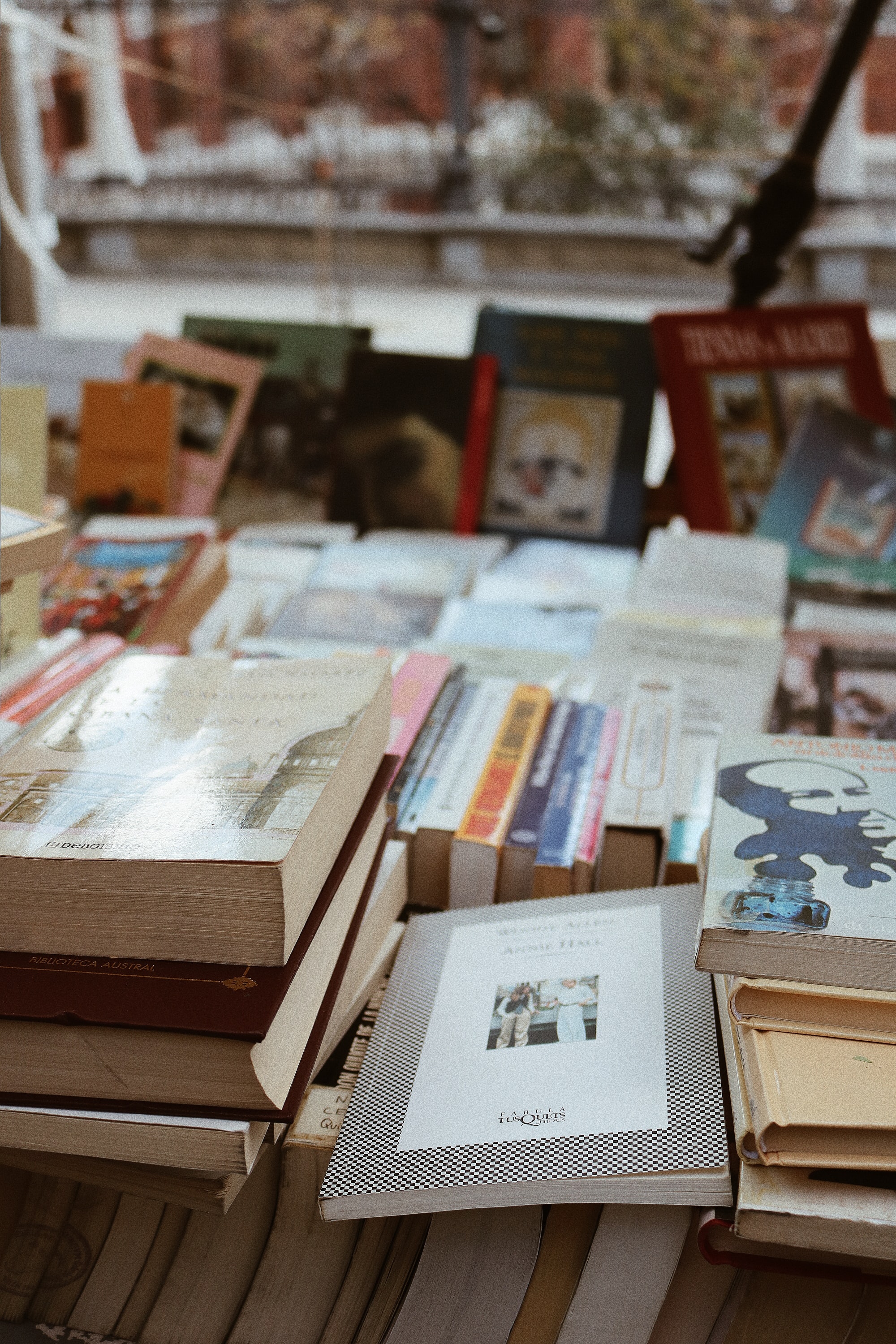 This is part 2 of our investigation into the suicide "epidemic" among the Ainu. Go read part 1 here! Listen
Sep 16, 2021
9 min read